vStorage APIs for Array Integration (VAAI) is a very nice feature, offloading hosts for several storage operations. Honestly I did test these features and was highly impressed by the results.

Here a small example of a sVmotion for a VM having a vmdk of 35GB Lazy Zeroed:

No VAAI it took 02:50 to complete and almost 500MB/s bandwidth between the host and the storage 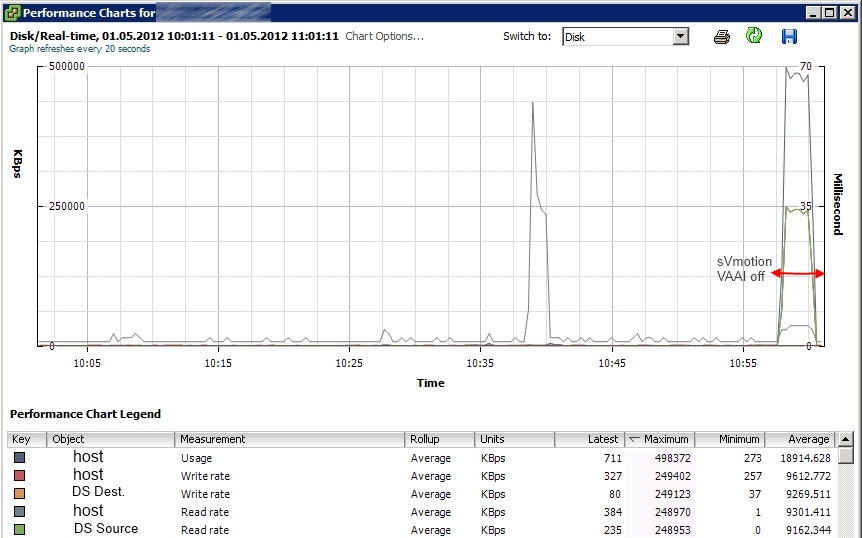 With VAAI it took 02:18 to complete and almost no bandwidth between the host and the storage

For these tests I performed, I needed to turn on and off the VAAI at the host level. VMware has a very good KB to disable VAAI.

The only way that is missing from the KB -> PowerCLI

In my script you can manually enter the hosts or simply specify a whole group by using for example: get-vmhost -location (get-vmcluster %clustername%)

After having modified you host, I recommend to reboot. Normally it is unnecessary, but I’ve been confronted to situation where some of the features weren’t working correctly after having turned on the VAAI. A reboot corrected it.

1 thought on “Disabling Enabling VAAI on vSphere with PowerCLI”